After an incredible year which featured interviews with the likes of Keira Knightley, Samuel L. Jackson, Tessa Thompson, a viral interview with Bianca Del Rio, a chat with the Oscar winning Renée Zellweger for her award winning part in Judy, one on one interviews with the team behind 1917 and many red carpets, 2019 was a hard year to beat.

But Josh managed to kick off 2020 in STYLE! He started the year as talkRADIO’s official film correspondent across award season covering The Golden Globes and the Academy Awards for the third consecutive year, presenting entertainment news across the network with Julia Hartley Brewer, Mike Graham, Cristo Foufas and Darryl Morris.

More and more, Josh is becoming the go-to guy for exclusive interviews for Wireless. He got the chance to sit down with some of the cast and director of the smash hit film, Maleficent: Mistress Of Evil for both talkRADIO as well as Paul Ross’ Extra Time on talkSPORT. But he doesn’t stop with film coverage as his passion for music also shines through. He also sat down with Danny Jones from McFly where they both laughed and reflected on profound topics. The interview aired on talkRADIO and was also picked up by BANG Showbiz.

For a huge talkRADIO exclusive, Josh spent the afternoon with Renée Zellweger to speak to her about her new role as legendary icon Judy Garland in her new movie: Judy. They spoke about her personal connection to the part, Judy’s connection to the LGBTQ plus community and the injustice about the last part of Judy’s life in length and in depth. They even had time for a selfie or two!

The Interview was played on various shows across the network and led in the Entertainment News bulletins for the stations. It was later picked up by the Mail Online. 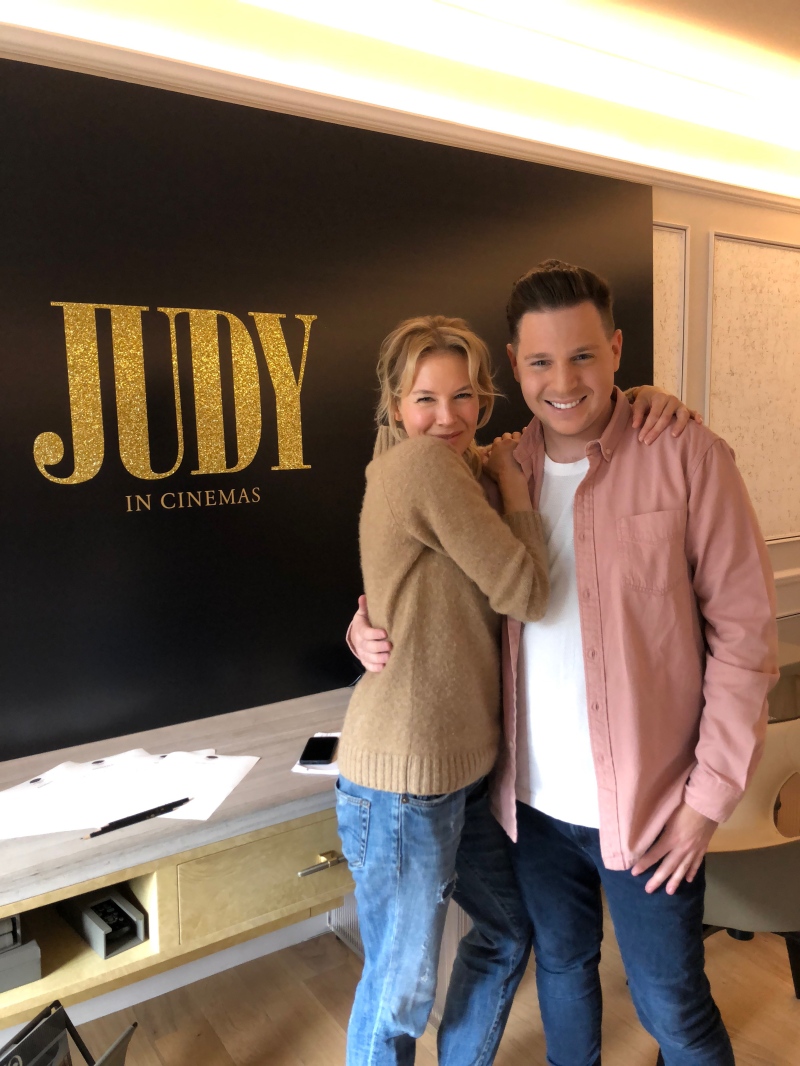 Josh was handpicked by producers from The Evening Standard to be a big part of their new online series Off The Island.

As part of his role he started off participating in the studio panel providing fresh insight, analysis and humour to the proceedings. However he impressed so much he was then asked to present the studio show on two occasions where he bagged one of the first interviews with one of the 2019 contestants, Elma – before the series had even finished. 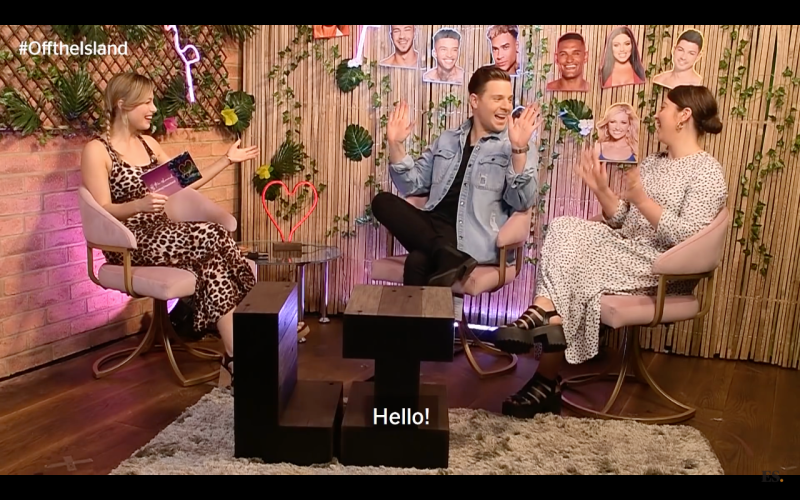 Josh was very proud to be the face of talkRADIO’s first ever online Multi-platform Showbiz column; The Showbiz Insider… starting off with Zac Efron & Lily Collins and continuing with George Clooney!

It’s an exciting project for Josh to launch, as he gets to show all sides of his personality. He injects wit and humour in writing, presents exclusive video coverage from some of the biggest red carpets and his on air item on The Late Late Early Early Show with Paul Ross received a refreshed sound. As his column develops he will be looking to do even more exclusive interviews.

You can find some of the column articles here:

Josh has been very busy covering some of the biggest Marvel, Pixar & Disney Releases of 2019.

For Captain Marvel, Josh bagged an exclusive (but very quick) interview with Samuel. L Jackson (for the second time) for The Late Late Early Early Show on talkRADIO where despite his characters apparent death in Avengers: Infinity War, Sam hinted he will play the character of Nick Fury in future films – he especially liked the gift of the new eye patch!

Josh has been busy attending premieres, fan events and presenting coverage of other soon to be classics such as Dumbo, Toy Story 4 & Avengers: Endgame where he has interviewed huge names such as Tom Hanks, Collin Farrell, Eva Green, Chris Hemsworth, Scarlett Johansson, Paul Rudd and more.

You can view some of his extensive work below:

Josh covered the release of ‘The Aftermath’ for both BANG Showbiz and talkRADIO.

The film stars Keira Knightley, Alexander Skarsgård and Jason Clarke in a past WW2 Dramatic tale. For BANG Showbiz Josh was at the UK Premiere getting the goss from Alexander, Jason and other stars from the film.

For talkRADIO on behalf of The Late Late Early Early Show with Paul Ross, he was sent to speak 1 on 1 with Keira, Jason and the director James Kent to get to grips with the gritty elements of the movie.

Watch the interviews below:

For the second consecutive year Josh was out in force on the red carpet of the NTA’s and boy did he make the most of it, (despite the snow!)

He spoke to a very long list of the biggest names in UK Television from hit shows such as I’m A Celeb, Dancing On Ice, Love Island, This Morning, Our Girl and more!

His interviews with the likes of Gemma Collins, Mark Wright & Michelle Keegan, Ruth Langsford and Lorraine Kelly (and so many more) were some of the first heard on talkRADIO as well as the likes of MSN, AOL, Female First, The List and more!

The pair spoke about many things, how Jackson handled filming in a real mental institution, fashion and more!

Josh caught up with Gillian Anderson, Asa Butterfield, Ncuti Gatwa and Emma Mackey – the stars of the hit Netflix Series – for talkRADIO.

His exclusive chats were not only aired in full at the station but they amassed over 50,000 views on YouTube  and they were picked up by the likes of MSN, Yahoo, AOL and other international platforms.